the {tom ford} life
Tom Ford is an extraordinary and one of a kind designer.

The Tom Ford 2015 ready to wear was flawless.  Just in time for Pre-Oscars Tom Ford knew how to captivate his star studded audience.  Tom Ford said “Of the 500 [guests], 270 were in the entertainment industry. I’d better give them some showmanship. I thought, It never snows in Los Angeles. Let’s make it snow rose petals.” And so the melee of Ford’s many A-list admirers gamely tromped through the blooms, skewering fat white stacks of petals on their stilettos and laughing all the while.

Check out the streamline video:

While not as glitzy as some of his prior work, most garments are beautifully designed and embody both class and edge.

Knee-length skirts, pants where the utilitarian fabric just showed at the highest part of the leg, and jackets embellished with leopard. If there’s one person who knows how to make ultra-luxe jeans, it’s Ford.

It really is the neutral that’s never going out of style, and Ford used it liberally. There was the expected stuff, like luxe toppers, but also that aforementioned jean jacket.

Looks like spring’s big trend is staying around! There was fringe on jackets, fringe on skirts, and fringe all over. 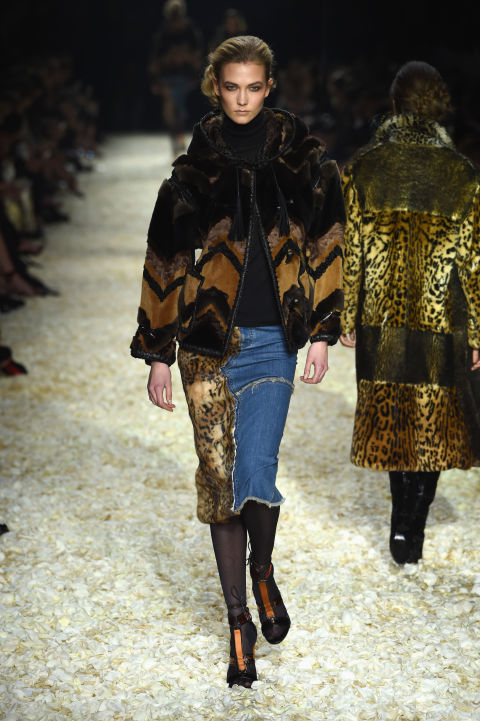 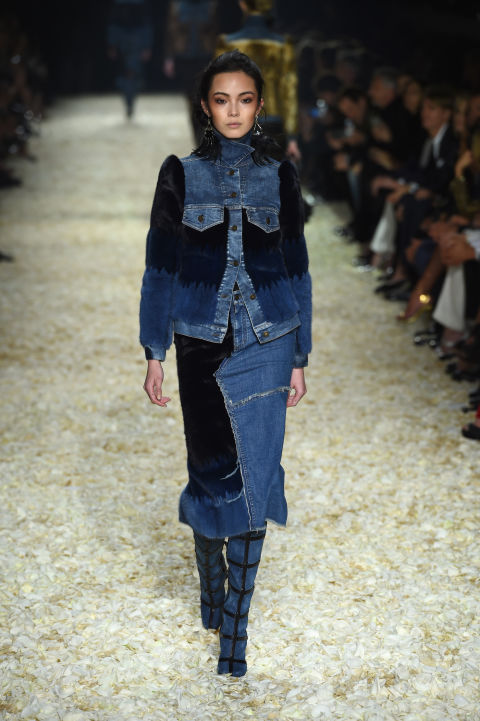 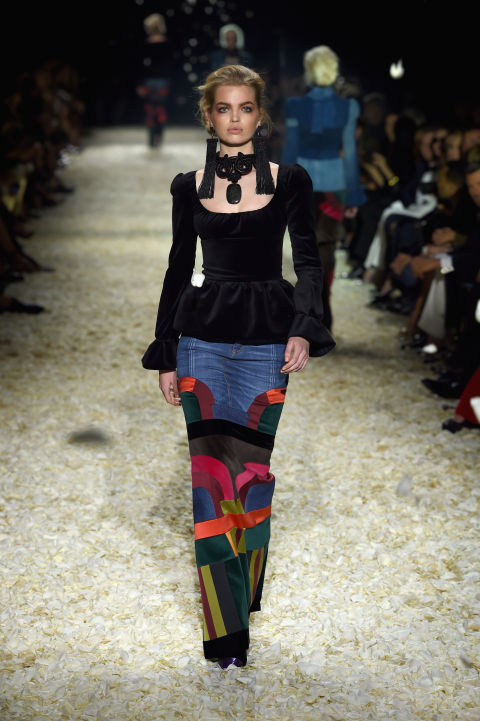 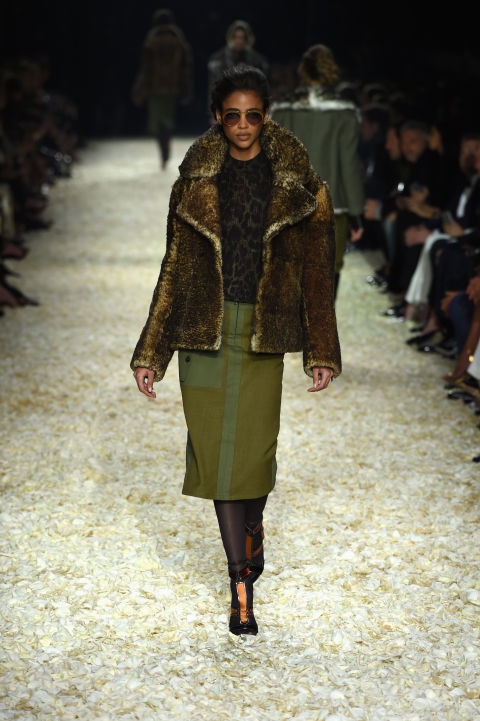 The collection itself was highly textured, including fringe, velvet and sequins. Fur coats and modest gowns give the range a sophisticated vibe, while the bohemian inspiration gives it a pop. 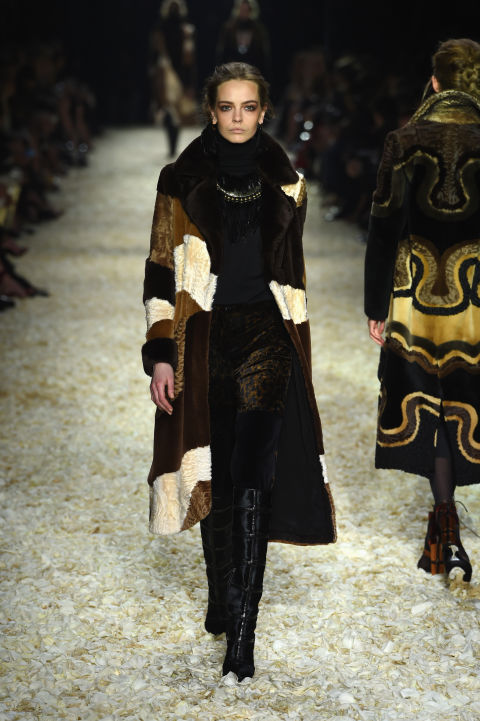 If I were at the 87th Oscars I would wear this decadent dress below!