the {new york} life: Tribeca… Where Dreams Are Made Of

With all the attention Tribeca is getting, we felt it right to share with those who may not be in the know. Tribeca is currently one of the hottest places for luxury new development and according to a recent The New York Times article s it is also the now center for Manhattan dining. I do miss West Chelsea, but am proud to be living and raising my children in Tribeca during this exciting time.

Decades after TriBeCa first emerged as one of Lower Manhattan’s most desirable enclaves, the district finds itself once again in the spotlight. Its prime location — a stone’s throw from buzzing downtown construction — has upped TriBeCa’s commercial offerings, helping give it a 24-hour vibe.

Most of all, available neighborhood development sites are attracting world-class architecture, with prices on the rise and builders placing bets that deep-pocketed buyers will want to be part of the action — in luxury settings, no less.

Tribeca/Lower Manhattan is changing in a very exciting way. The new developments such as 30 Park Place, 111 Murray and 100 Barclay are going to be great investments. You can also get great resale deals east of Church Street. It may not be there yet, but all of the new developments like 56 Leonard will be changing the way we look at homes east of West Broadway.

Curved glass elegantly wraps the 64 floors, meeting in an architectural reveal that gives strong definition to the rounded form. The crystalline façade is visually striking from both outside and inside the building, offering uninterrupted views of the city and its surrounding rivers in every direction. 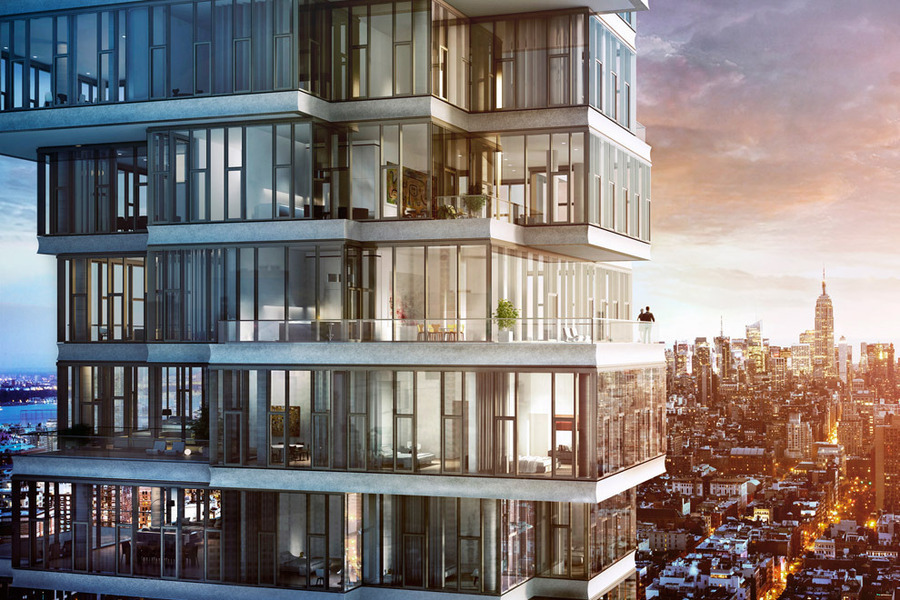 Architecture and custom interiors by Pritzker Prize-winning architects Herzog & de Meuron. Located in Tribeca, 56 Leonard is a 60-story expression of sculpted surfaces and sparkling glass with an original Anish Kapoor sculpture at its base. The 145 unique condominium residences, each with private outdoor space, have soaring 11’- 14’ ceilings and breathtaking panoramas of the cityscape, rivers, bridges and beyond. 17,000 square feet of amenities include a 75’ lap pool with a sundeck, gym, screening room, lounge, private dining room and playroom. A Global Landmark redefining New York living. 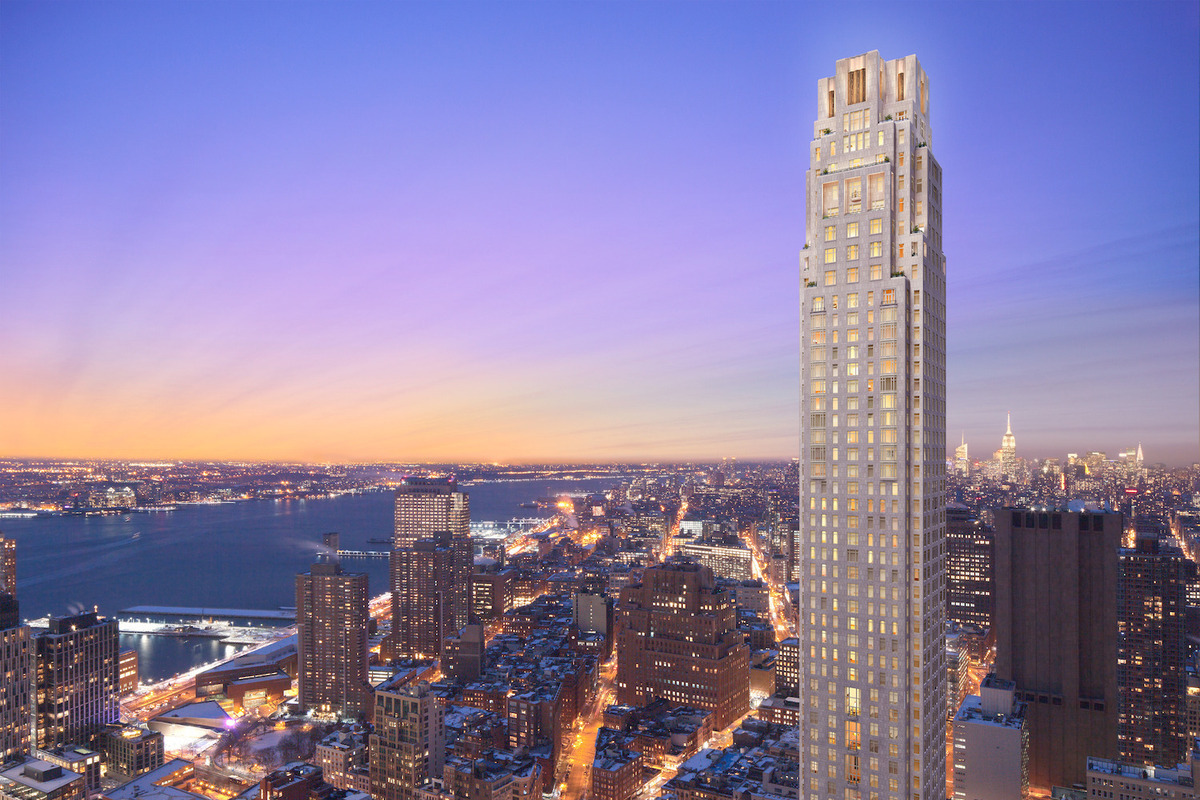 This building, designed by the renowned Robert A.M. Stern Architects, has an elegant limestone tower and combines a 175-room hotel with 157 luxury condominiums that will become an important landmark among the skyscrapers of Downtown New York. There will be A Four Seasons Hotel that will occupy the first 22 floors of the 80-story tower, which will also include a specialty restaurant. The remainder of the tower, which rises to a dramatic skyline profile of full-floor penthouses and setback terraces, will accommodate private residences as large as 6,500 square feet. The Residences also will be managed by Four Seasons. 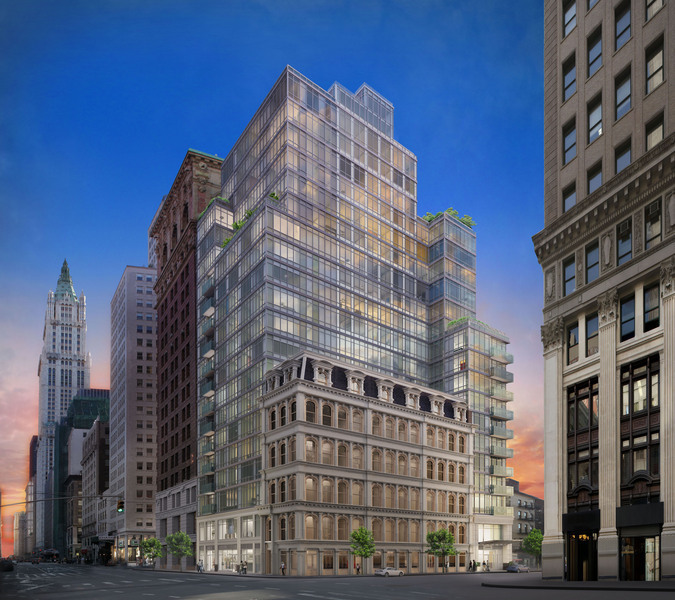 Dynamic city living comes to Lower Manhattan with Reade57. Ideally situated in the heart of Downtown — as close to the Financial District as it is to TriBeCa, SoHo and the Village — this fashionable new condominium captures the infinite magic of the City’s most intriguing neighborhoods. Developed by The John Buck Company and designed by SLCE Architects, LLP, Reade57 features 84 one, two and three bedrooms homes. Many have outdoor space. All have an irresistible Downtown edge. Open layouts with high ceilings are graciously sized and finely appointed. Gourmet kitchens and sleek baths stylishly follow suit. Night and day, resplendent, unique and intimate residences — with oversized floor-to-ceiling windows — bring amazing, one-of-a-kind views of the East and Hudson Rivers, City Hall Park, the new Gehry building and more to your window. 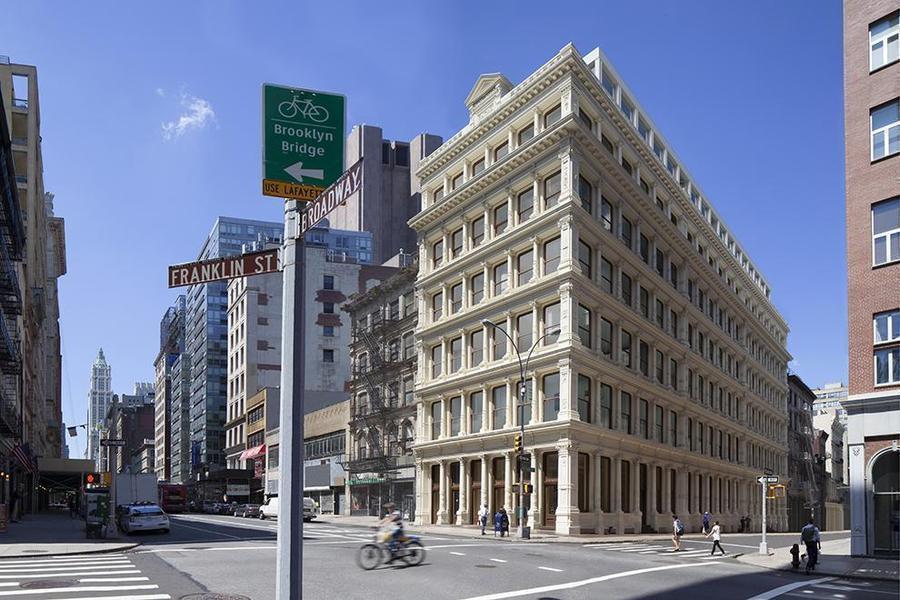 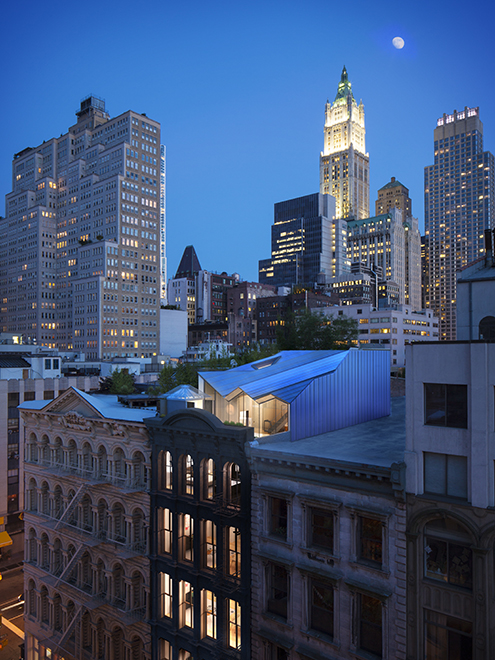 Established in 1857. Reimagined in 2015 by WORKac. Originally built in 1857, 93 Reade is one of the oldest surviving cast iron buildings in New York City and has been re-envisioned by the world renowned architecture firm WORKac (popularly known for their design of Diane von Furstenburg’s flagship store and private residence in the Meatpacking District—“the Living Cube.”) Named for its extruded roofline that resembles jagged forms of volcanic rock, this boutique development is a collection four discreet residences: three full-floor two bedroom residences with generous ceiling heights and open layouts and one exquisite five bedroom triplex penthouse with and expansive entertaining terrace complete with an enclosed spa tub. Occupancy is slated for this summer. 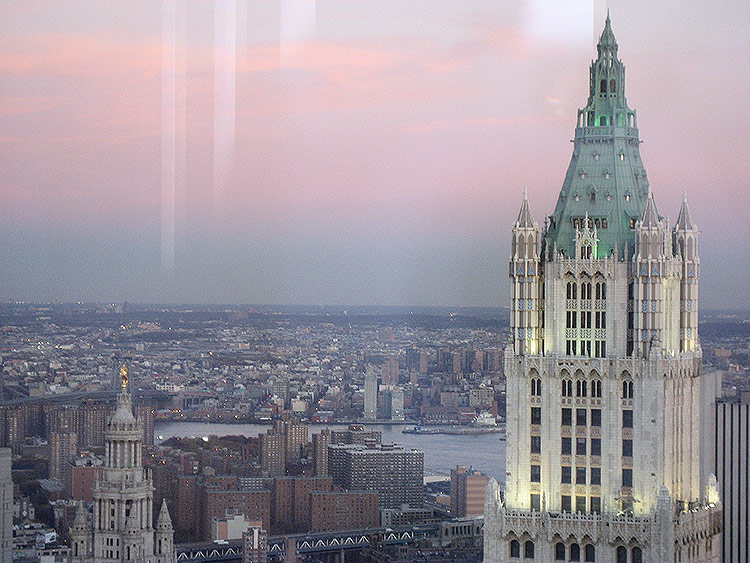 The Woolworth Tower Residences with its terra cotta, neo-Gothic facade serves as a beacon of Tribeca and will soon be New York’s newest iconic residential address. The top thirty floors of this National Historic Landmark are reimagined into thirty-four, spacious one, two, three and four bedroom residences with a crowning Pinnacle Penthouse. Residences start approximately three hundred seventy feet in the sky offering splendid river-to-river, cityscape and skyline views. The Woolworth is an integral part of the architectural fabric of Manhattan. 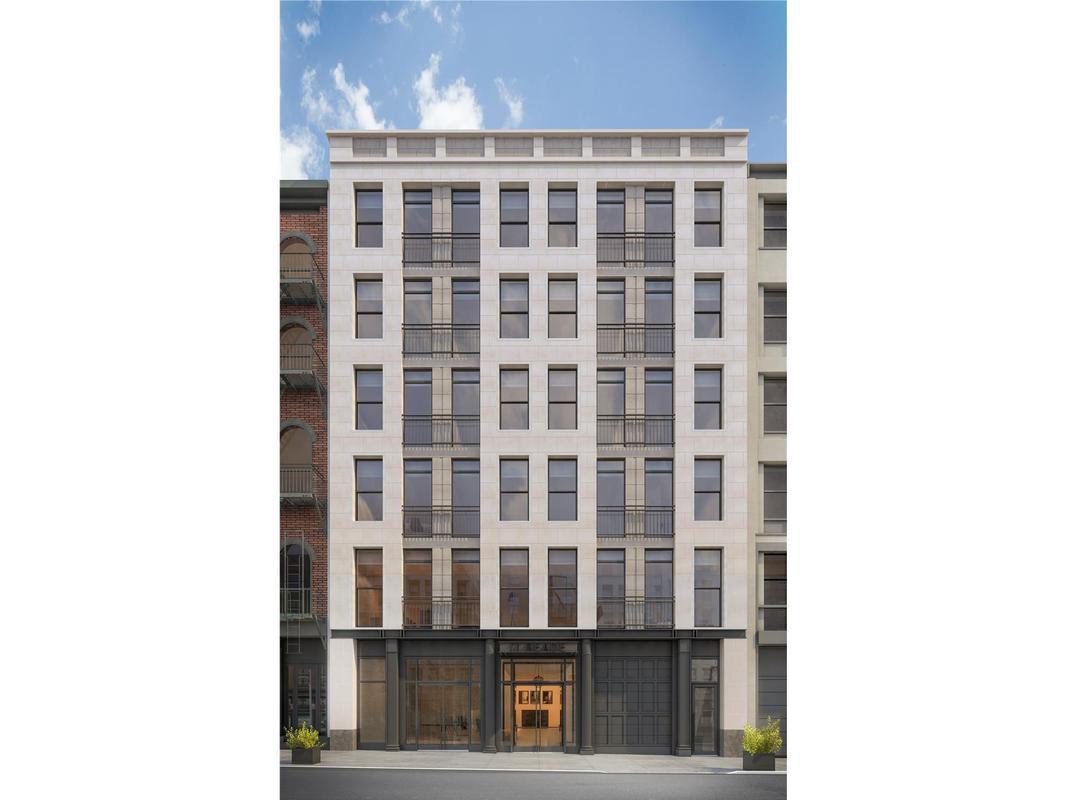 Take a look at TriBeCa on a macro level to view the neighborhood’s continuing rise. Roughly 526 condominium units will come to market south of 14th Street in 2015, with 60 percent of them — some 316 — slated for TriBeCa alone, according to data compiled by agents, the Marketing Directors. In 2016, roughly 823 condo units are projected to come online in this zone, with 35 percent of them — or 288 — in TriBeCa. It would be an understatement to say that neighborhood builders have never been busier.