Augustine
Price: $300 for tasting menu
Keith McNally’s newest restaurant will serve a special tasting menu with caviar and smoked-salmon gougers, foie-gras torchon with vanilla, wagyu sirloin with oxtail daube, and the obsessed-over Vacherin for a cheese course. There will be seatings at 9 p.m., 9:30 p.m., and 10 p.m. 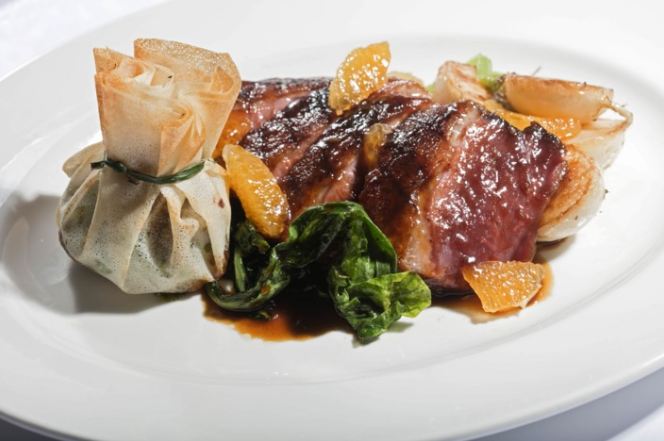 Duck a l’orange cooked on the rotisserie. Photo: Melissa Hom

Cherche Midi
Price: $135 for three courses with Champagne pairings.
Over on the Bowery, kick off your last meal of the year with either a foie-gras terrine with huckleberries or escargots à la Bourguignonne. Entrée options include a white-truffle risotto with castelrosso cream, butter and sherry-poached lobster, and New Zealand venison, and dessert means Sauternes custard or chocolate dacquoise.

Eleven Madison Park
Price: $325 for six courses and $175 for wine pairing during the first seating, $675 for nine courses and $295 for wine pairing with midnight toast during the second seating.
The elegant tasting-menu restaurant will serve dishes like its black-and-white cookie with apple, foie-gras terrine with maple syrup, lobster poached with white truffle, beef Wellington, and its milk-and-custard dessert with bee-pollen ice cream. The second seating menu is a touch more luxe, with three additional courses including a sea-urchin “cappuccino” with peekytoe crab, turbot poached with truffle and celery, and an assortment of mignardises to finish the meal. 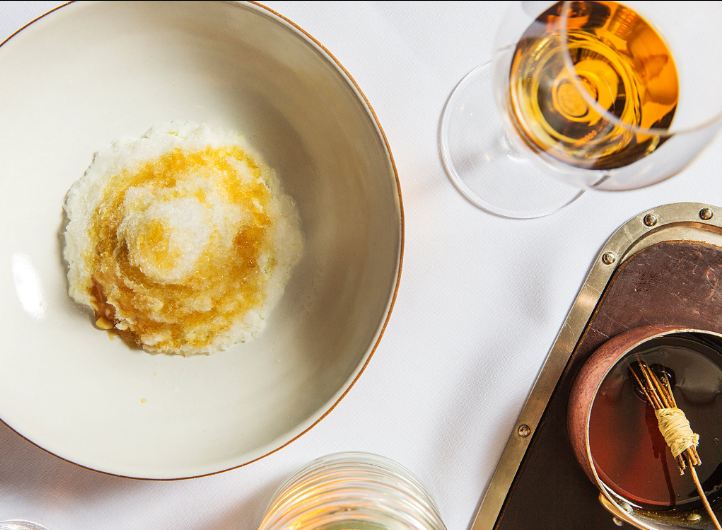 Momofuku Ssäm Bar
Price: From $115 to $130 with various prix fixe options, depending on party size and inclusion of large-format meals.
You won’t be without options at David Chang’s second restaurant, where the special menus feature dishes like beef tartare with shrimp crackers, smoked-beef short rib, and country ham with his classic red-eye mayo. Bigger groups will get to indulge in one of the restaurant’s large-format meals including the recently introduced seven-spice brisket ssäm.

The Nomad
Price: $145 for four courses during first seating, $225 for four courses during first seating.
Daniel Humm and Will Guidara’s restaurant in the Nomad Hotel is a great option if you want to go extra-fancy. Kick off dinner with a seafood tower, followed by appetizers like foie gras with beef carpaccio and black-truffle tortelloni with celery root. Entrees include lobster poached with citrus monte and bone-marrow-crusted beef, and you’ll finish with desserts like a milk-chocolate ganache with malted ice cream and an orange Creamsicle.