New York City’s TriBeca neighborhood is one of the oldest, most amazing architectural places in Manhattan. Once the cities market place, TriBeca then became a central hub for artists  looking to expose their work; today is home to some of the most famous celebrities and influencers.

56 Leonard Street in TriBeCa, a Herzog & de Meuron creation that will feature a mirror-polished stainless steel Anish Kapoor sculpture nestled surreally at a corner of its base, this British artist’s first permanent public piece here. Simon Elias, a developer of the tower, said that the business calculus behind adding a marquee work of art had become more complex in recent years. – As written by The New York Times 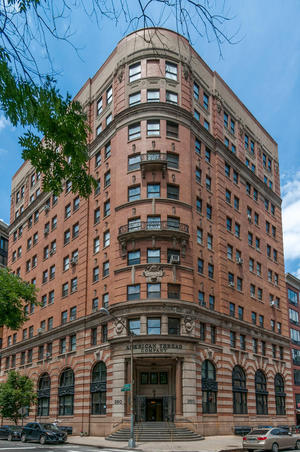 Built in 1896 in a Renaissance Revival using red brick and ornately carved stone the American thread Building was originally built as a textile mill but was converted to lofts in the 1980s. The building is characterized by its sweeping, curved facade facing southeast at the corner of West Broadway and Beech Street near the border of neighboring Soho. – As written on The Duane Street Hotel Blog

wouldn’t be out of place if it was transplanted into the heart of central Paris. Carrere & Hastings, who also built the magnificent New York Public Library Building at Fifth Avenue and 42nd Street, designed the building to house chocolate-maker Walter

Baker (now part of Kraft). The building is now one of the most sought-after co-op apartment buildings in Tribeca. As written by The Duane Street Hotel Blog