We are looking forward to sharing our Spring 2015 NYC Guide and making the most of what NYC has to offer this year!

The long-awaited spring thaw in New York City elicits a move toward events held out of doors, including Hanami at the Brooklyn Botanic Garden—an annual display of some of the world’s most stunning cherry blossom trees—the first home games played by the Yankees and Mets, the TD Five Boro Bike Tour

In NYC we can’t depend on the weather but we can look forward to experiencing these amazing events.   We can still see some gorgeous botanical presentations as part of the awe-inspiring annual Macy’s Flower Show, where the ground floor of the Herald Square department-store behemoth is transformed into an enormous floral display, or view the artwork at Frida Kahlo’s Garden at the New York Botanical Garden. Culture enthusiasts, be sure not to miss the New York City Ballet Spring 2015 Repertory Season or the American Ballet Theatre’s 75th Anniversary Celebration. 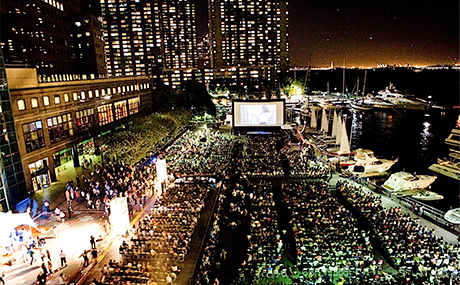 The star-studded festival that helped make Tribeca cool is back! Robert De Niro’s downtown fest draws roughly 400,000 film fans each year, to view more than 1,000 films, from high-profile premieres to breakout indies. The movie lineup hasn’t been announced, but we know that the opener is Live from New York!, the much-anticipated Saturday Night Live documentary—with unprecedented access granted by Lorne Michaels. Visit the website for the full schedule of screenings, panels, talks and other events. Locations vary.
http://tribecafilm.com/festival/

Almost 200 global galleries come together on Randalls Island for this fourth annual art extravaganza. The art and artists themselves have yet to be announced, but each year’s event brings powerhouse creators that launch site-specific works, on top of custom-designed temporary interiors. All that plus an incredible view of the East River. Visit friezenewyork.com  for more information.

March 7–June 7
The Icelandic artist formerly known as Björk Guðmundsdóttir receives a full-scale retrospective of her wide-ranging work at the Museum of Modern Art, starting with, but by no means limited to, her seven full-length albums, the last of which, Biophilia, was accompanied by an acclaimed iPad app. Björk will take an active hand in the proceedings, co-writing a narrative (“both biographical and imaginatively fictitious”) for the installation, which will chronicle her collaborations in film, video, photography and fashion and present an “immersive music and film experience” commissioned for the occasion.

Björk’s not one for small gestures, so it makes sense that the Icelandic art-pop empress is headlining NYC’s grandest theaters—continuing a six-show local stint—in conjunction with her blockbuster MoMA retrospective. This would all be big news under any circumstances, but considering that Björk unveiled her latest LP, Vulnicura—an emotive, arresting collaboration with vanguard producers Arca (on hand here) and the Haxan Cloak—back in January, each of these gigs seems destined for show-of-the-year status. 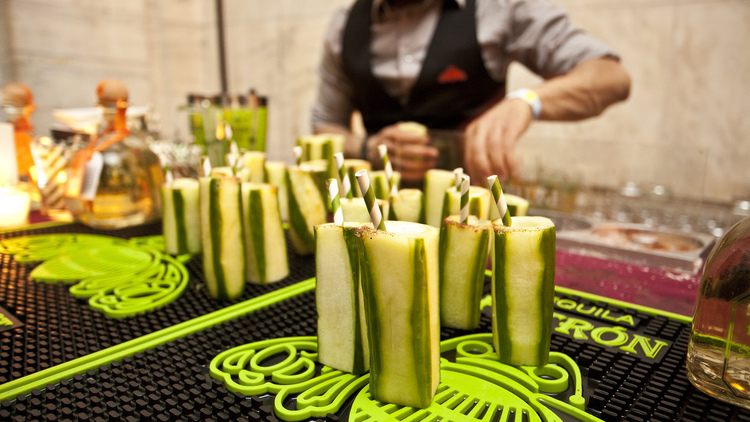 Back for its sixth year, this four-day boozy blow-out spreads out over multiple boroughs with parties, seminars and tastings. Whet your whistle with the swank opening gala serving 25,000 cocktails from all-star mixologists. This year, hospitality pros can head to the two-day Industry Invitational, packed with workshops. But any hooch enthusiast can check out almost one hundred other events, like food and drink pairings and muddling tutorials. 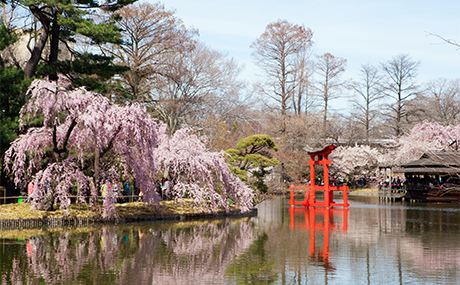 Hanami: Cherry Blossom Viewing
April 1–26
Few events herald the birth of spring like a shower of luminous pink petals falling softly from hundreds of cherry trees. Cherry-blossom viewing, known as Hanami, is a centuries-old Japanese custom, a springtime occasion for merriment and the contemplation of life’s beauty and transience. You can partake in this tradition at the Brooklyn Botanic Garden, home to scores of flowering varieties for public enjoyment. Guided tours focusing on the blooms are held during the viewing season, though the more-frequent garden highlights tours will touch on them as well. The month culminates with Sakura Matsuri, a festival in celebration of the brilliant blooms, replete with performances and cultural happenings, on April 25 and 26. 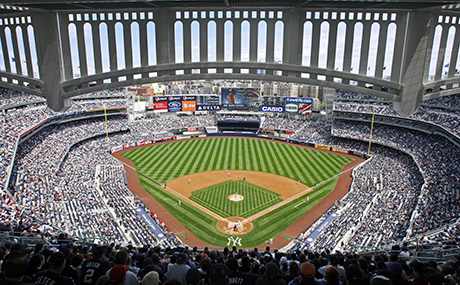 One of the most famous and successful franchises in sports, the Yankees have won a staggering 27 World Series championships; no other team comes close. Legendary players like Babe Ruth and Mickey Mantle are as much a part of American folklore as they were the Yankees. With Derek Jeter retired, the Yankees face a whole new ball game in 2015. The team takes on the Blue Jays on opening day in the Bronx. Meanwhile, the Mets franchise, younger than the Yankees and with a reputation as a plucky underdog, has longtime cornerstone David Wright and 2014 NL Rookie of the Year Jacob deGrom headlining their roster. The Mets square off against the Phillies in their home opener. 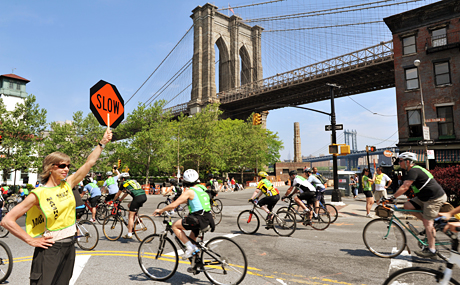