I love Spring in Manhattan!  The streets start to thaw and the best of the city’s events appear on my calendar.  One of my favorites of the year is The Armory Show, a showcase of the world’s very best artists.  Saint Patrick’s Day and Easter also add to the month plenty of chances for family fun.  Here are the events that should be on your agenda in March:

The Armory Show
www.thearmoryshow.com
March 7-10, 2013
The Armory Show, housed in Piers 92 and 94 along the Hudson River on Manhattan’s west side, is the largest art fair in New York and one of the principal annual art events in the international art market calendar. Visited by tens of thousands of people each March, the Armory has for almost two decades been the showpiece for some of the world’s most important modern and contemporary art galleries. Canonical names from Picasso to Pollock have all been presented at the fair, as have, in equal measure, some of the most cutting edge artists of a younger generation. 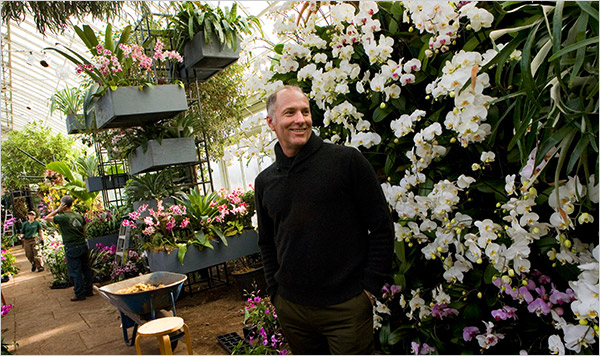 The Orchid Show
www.nybg.org
March 2 – April 22, 2013
Take the Metro-North Harlem local line to Botanical Garden Station. Walk across Southern Boulevard to the Garden’s Mosholu Gate entrance. Just 20 minutes from Grand Central Terminal in Manhattan
Description: The 11th annual exhibition celebrates this storied flower in all its amazing forms with thousands of brilliantly colored orchids. The largest exhibition of its kind in the United States also offers insight into caring for orchids, music from around the world, and a gorgeous setting for evening cocktails.

St. Patrick’s Day Parade
nycstpatricksparade.org
Fifth Avenue from 44th Street to 86th Street
Sunday March 17, 2013 | 11:00am
Description: You don’t have to be Irish to get a kiss at New York City’s famous St. Patrick’s Day Parade. The parade, which was first held on March 17, 1762, is the City’s oldest and largest. Officiated by the archbishop of New York, the parade celebrates Irish culture and the Catholic faith. (Cars, floats and other vehicles are not allowed.) The parade begins at 11am, led by members of the National Guard’s 69th Infantry Regiment, known as the “Fighting 69th.” 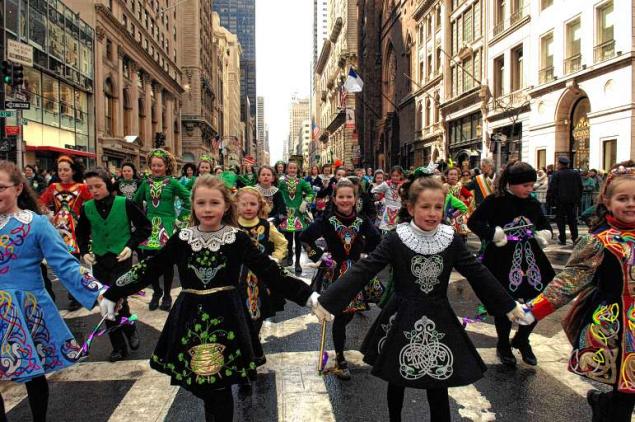 Macy’s Flower Show
Herald Square
1 Herald Square at 35th Street
Click Here
Sunday March 24 – April 7, 2013 | 10:00am – 9:00pm
Description: Get a head start on spring with Macy’s Annual Flower Show, one of the largest in the City. The show features blooms from around the world—the rare, the exotic and the simply beautiful. Also enjoy specially created garden environments and guided tours.

New York International Auto Show
Jacob Javits Center
655 West 34th Street near 11th Avenue
www.autoshowny.com
Friday March 29 – April 7, 2013
Description: The New York International Autoshow sees some of the world’s hottest cars and trucks showcased under one roof. The Jacob Javits Convention Centre is the location of this 2-day event that offers a glimpse of new productions and concepts from auto companies including many world and North American debuts. Be amongst the first to roll your eyes over the bonnets of the latest sports cars, hybrids and trucks. The New York International Autoshow is the place to go to plan your auto purchases for 2012 and 2013, or simply the place to dream.

Easter Parade and Easter Bonnet Festival
Fifth Avenue from 49th to 57th Streets
Click Here
Sunday March 31, 2013
Description: This annual festival, which takes place on Easter Sunday each year in the city of New York is quite an exhibition. Witness a world of bonnet creations as paraders take to the streets to show off their Easter headwear and dazzling outfits to match. From the dramatic to the enigmatic, high-fashion and bunny wear this festival is all about colour, fun and show. The parade has been in business since 1900 and seizes upon the quietness of the streets, which are closed to traffic. Take your camera or don your own bonnet to get embroiled in these informal festivities. Fifth Avenue is the place to be to see the action.