If you’re looking for a new place to escape to outdoors where you can take in the scenic views of the waterfront and greenery all while socializing and getting some fresh air, Brooklyn’s Domino Park officially opened on June 10.

The newly renovated 6-acre outdoor park was once home to the Domino Sugar Refinery that closed its doors back in 2004. Sitting idle since then, the landscape has been transformed into a green space for the public to visit. The park was designed by James Corner Field Operations. 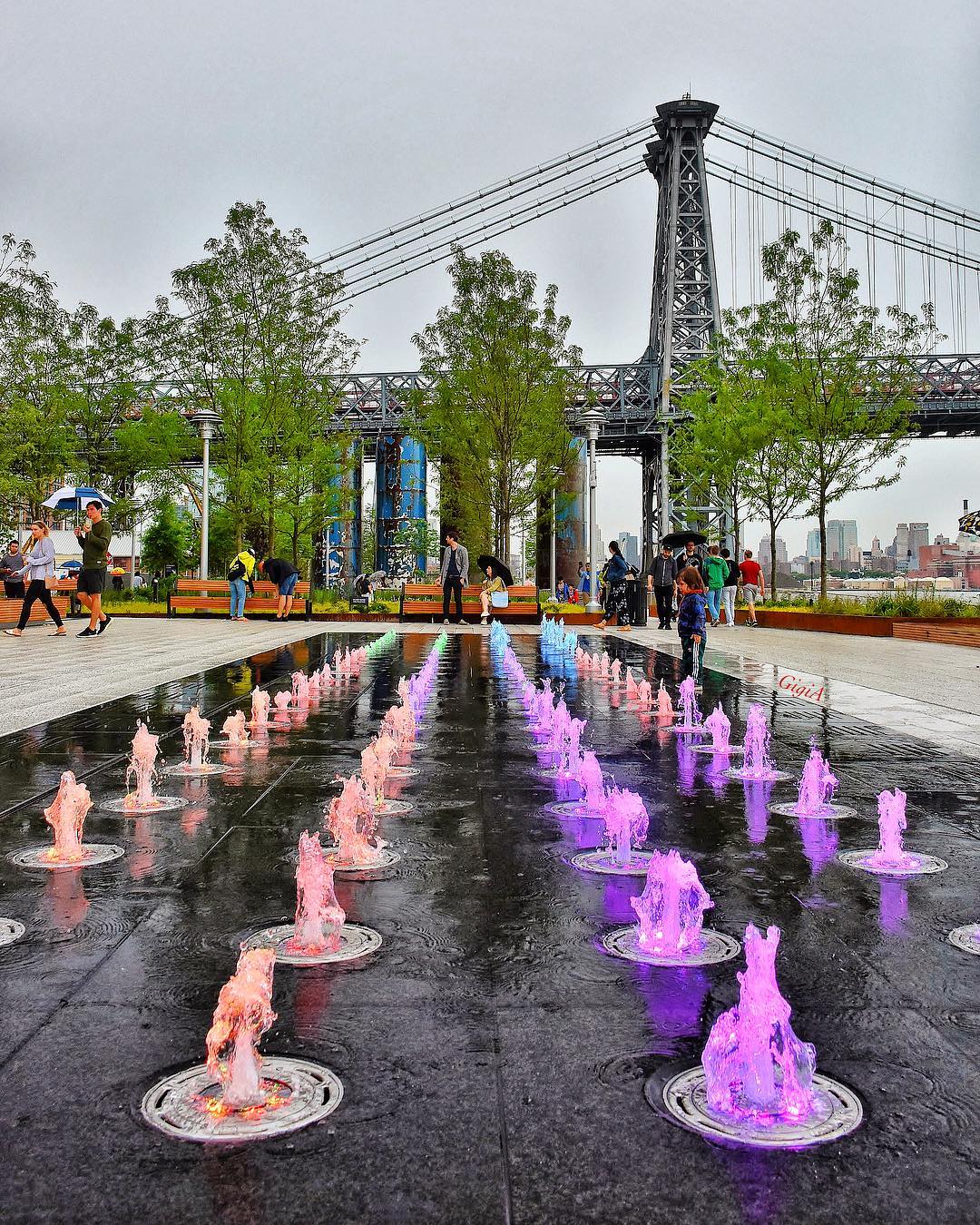 Domino Park runs roughly a quarter mile long, extending from Grand Street to South 5th Street. The park is situated right on the waterfront in the Williamsburg neighborhood.

What can you do at Domino Park?
Domino Park boats plenty to do and see. The space is now home to elevated walkways along the water, a playground, a taco stand, a volleyball court, areas to picnic, two bocce courts, dog runs and more. 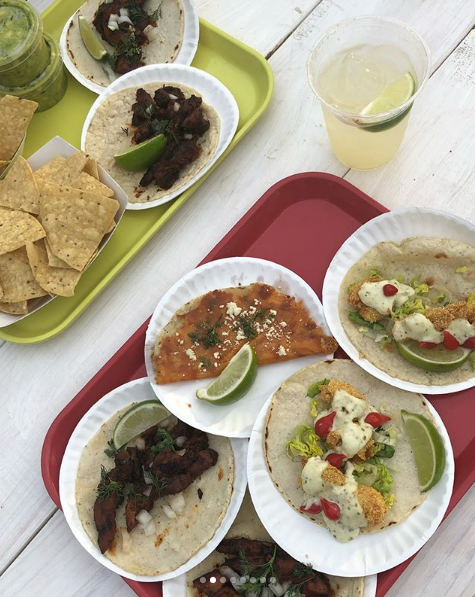 You can also find Danny Meyer’s new Tacocina, where you can munch on cheese chicharrones and more tacos on the short but satisfying menu in a comfortably spacious seating area. 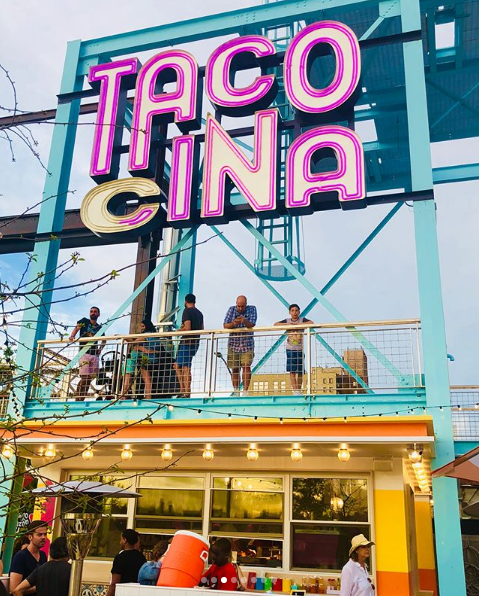 Maintaining the locations history, Domino Park designers incorporated some of the old factory’s equipment such as signage, cranes and tanks into the landscape. Patrons can take stroll the Artifact Walkway to view the old memorabilia. 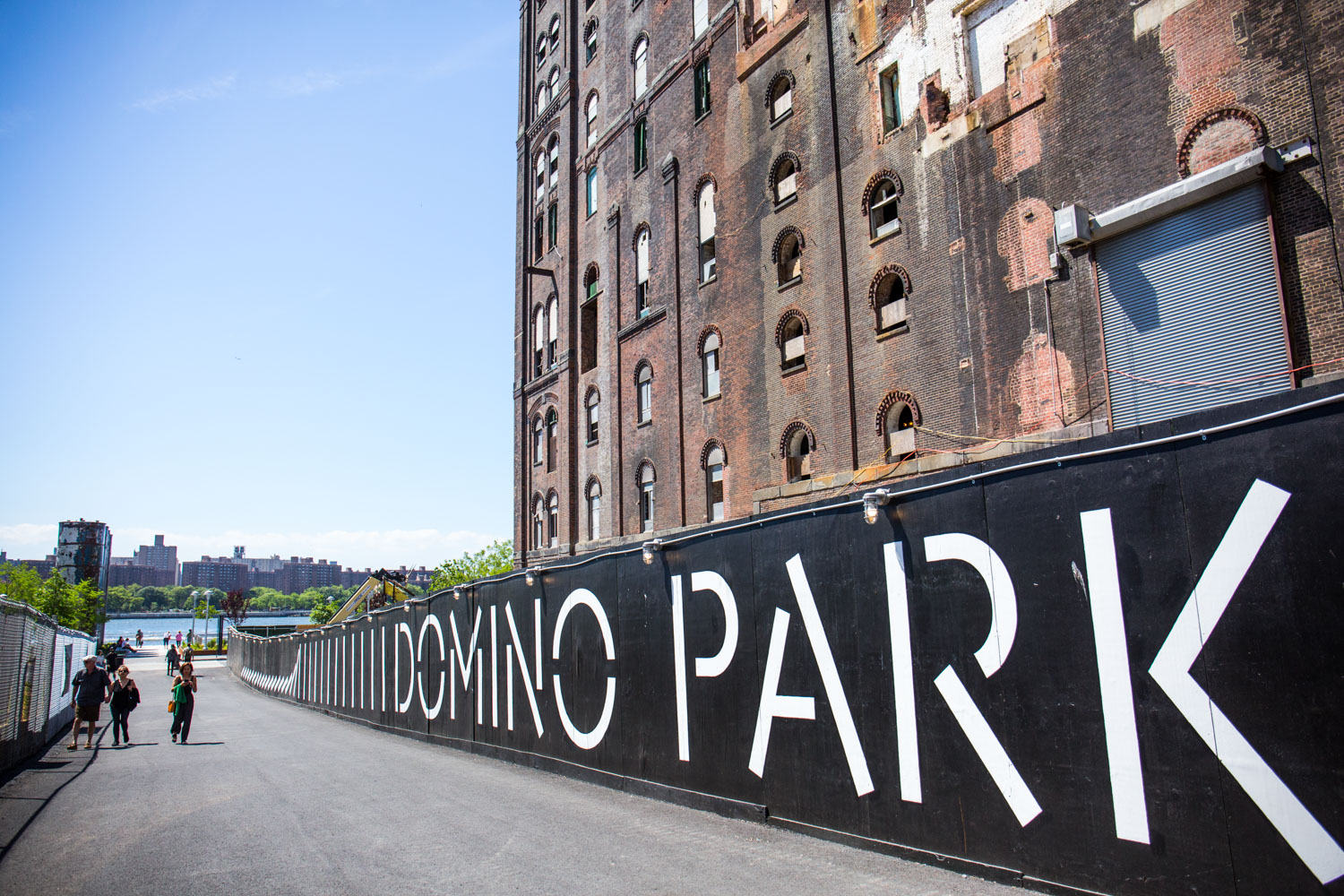